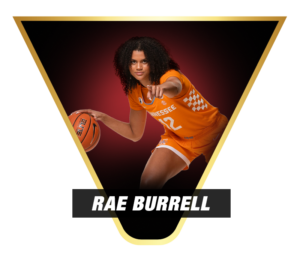 Scouting Report
The 6’2 Rae Burrell is a three-level scorer. She has a myriad of finishes around the rim, can knock down mid-range jumpers and can shoot the three with ease. Her size on the wing makes her extremely difficult to guard. Due to her length defensively, she can guard positions 1-3 and sometimes the 4.