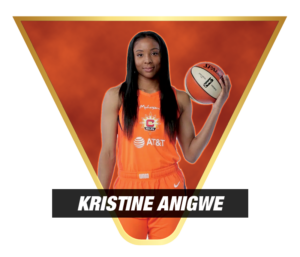 Junior (2017-2018): Earned WBCA All-America Honorable Mention honors for the third consecutive season, joining former Golden Bear standout Ashley Walker as the only three-time All-Americans in Cal women's basketball history…Led the Bears in scoring for the third consecutive season, averaging 16.7 points per game, which also ranked eighth in the Pac-12…Late season nominee for the 2018 Wade Trophy, John R. Wooden Award, Naismith Player of the Year, and Katrina McClain Awards… Ranked third in the Pac-12 and 25th nationally in field goal percentage, shooting 56.9 percent from the floor on the season.. Also led the Bears and ranked fifth in the Pac-12 in rebounding (8.8 rebounds per game) … Finished the season with 11 double-doubles despite averaging only 29 minutes per game…Shot 54.5 percent (6-11) from three-point range, after going just 1-4 from three in her first two seasons combined…Set a new career best in assists per game (0.9 APG) to go along with her fewest turnovers per game (2.4 TO/G)…Posted a pair of 30-point performances on the season, both coming against Washington State…Grabbed a career-high 25 rebounds on November 19 at Brown, one rebound shy of tying Cal’s single-game record… Added 28 points in the win over Brown, becoming the only Division I women’s basketball player in the last three years to have 25+ points and 25+ rebounds in the same game… Named to the All-Pac-12 Team for the third consecutive year while also earning Pac-12 All-Defensive Honorable Mention… Named the Pac-12 Player of the Week twice over the course of the season…Went 3-3 from three-point range in Cal’s Pac-12 opener vs USC, finishing with 16 points and 13 rebounds.

Sophomore (2016-2017): One of three Golden Bears to start all 34 games… Earned All-America Honorable Mention from the Associated Press and WBCA after averaging a career-high 21 points per game, good for second in the Pac-12 and 12th in all of Division I…Finished the season with a career-high 16 double-doubles and had 12 games with at least 20 points and 10 rebounds, tied for the most by any player in Division I during the 2016-17 season .. Became the first player in Cal women's basketball history to average at least 20 points per game in back-to-back season ..Earned All-Pac-12 honors for the second consecutive season, joining Devanei Hampton '09 as the only players in Cal women's basketball history to earn All-Pac-12 honors each of their first two seasons in Berkeley… Also led the Golden Bears in rebounding (9.3 rebounds per game), field goal percentage (56.6 percent), and blocked shots (2.1 blocks per game), ranking in the top 50 nationally in all four areas…. Became the quickest player to reach 1,000 points in Pac-12 women’s basketball history, scoring her 1,000th career point on January 8 against Oregon in her 47th game…. Tied for the 20th –fastest to reach 1,000 points in women’s Blocked 72 shots, the second-most in a single season in Cal women’s basketball history and became one of three players in program history with 1,000 career points and 100 blocked shots… Scored 50 points on December 8 against Sacramento State, the most in a single game in Cal Basketball history (men’s or womens’s).. Her 50 points came in just 24 minutes of action, going 19- 23 from the field (82.6 FG%) and 12-19 from the foul line while also adding 14 rebounds…Her 50 points were tied for the most ever by a Pac-12 women’s basketball player, until Washington’s Kelsey Plum surpassed the record later in the season…Named to the 2017 Pac-12 All-Tournament Team after setting a new scoring record by averaging 30 points per game in two outings… Scored 34 points in Cal’s win over USC in the first round of the Pac-12 Tournament, the most by any Cal player in a single Pac-12 Tournament game and three shy of matching the tournament record set by Stanford's Nicole Powell in 2002…. Named the ESPNW and USBWA National Player of the Week after leading Cal to three wins in three days at the 2016 Puerto Rico Classic, including an upset win over No. 20 Oklahoma, averaging 29.7 points and 11.7 rebounds per game over the stretch, and put together back-to-back 30-point, 15-rebound performances…Finished her sophomore year with five 30-point games.

Gatorade Arizona Player of the Year, Parade Magazine All-American and USA Today All-USA Arizona Big Schools Player of the Year in 2015...Also named a second teamer on the USA Today All-USA and Naismith High School All- America teams...MaxPreps All-American Third Team and WBCA High School All-America Honorable Mention...Rated No. 8 overall by ESPN HoopGurlz as the No. 1 post player in the country ... ranked in the Top 30 nationally by Blue Star Basketball (No. 15), Prospects Nation (No. 9) and All Star Girls Report (No. 29) ... ranked No. 1 post prospect by Prospect Nation ... gold medalist with the 2014 USA Basketball U17 World Championship team that in the Czech Republic went 7-0 as Anigwe averaged 9.3 points and 5.6 rebounds per game ... in the semifinals at the 2014 U17 World Championships, tied a USA Women’s U17 single-game rebounding record with 14 boards against Hungary on July 15, 2014 … Claimed gold with Team USA once again in Russia with the U19s in 2015...2015 McDonald's All-American ... The lone female player to participate in the 2015 McDonald's All-American Game dunk contest...Contributed nine points, six boards and five blocks in the All-American Game...Arizona Preps Girls Player of the Year … All-USA Arizona and Arizona All-Star Underclassman team selection … led Desert Vista High School by averaging 21.1 points, 11.3 rebounds, 1.9 steals, 2.7 blocks and 1.0 assists per game as a senior. 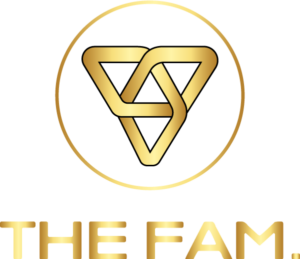